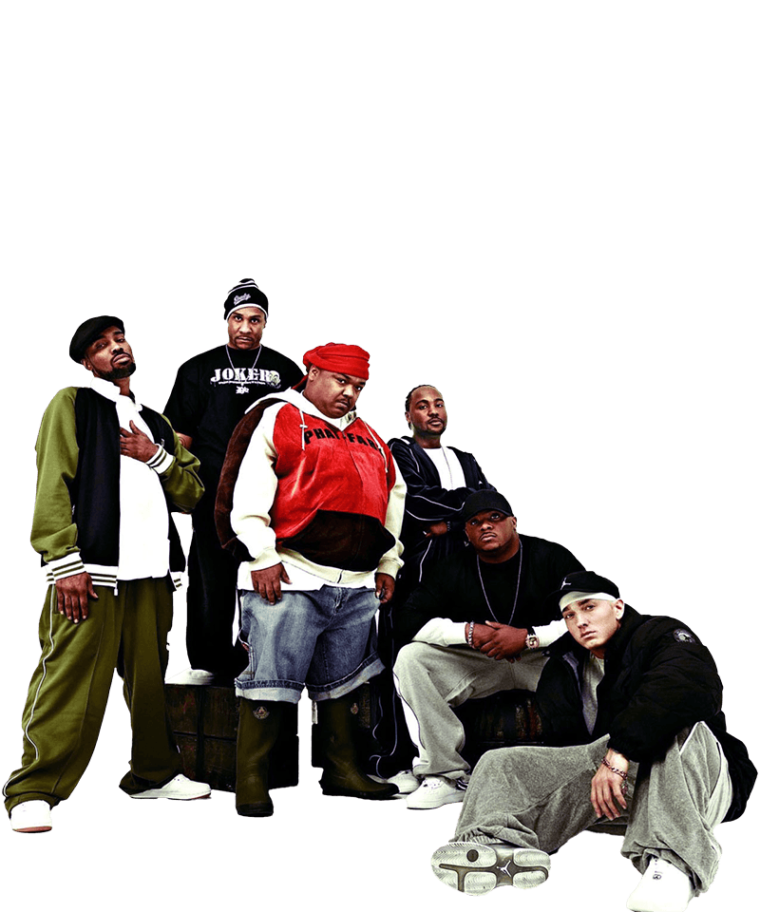 D12 (short for the Dirty Dozen) was Eminem's hip hop group. Formed in 1996, they achieved mainstream success with their lineup of Eminem, Proof, Bizarre, Mr. Porter, Kuniva and Swifty McVay.

Since 2006, Eminem's hiatus and the death of Proof resulted in the group being less active in subsequent years. On August 31, 2018, Eminem released a song titled "Stepping Stone" on his tenth studio album Kamikaze (2018) announcing that D12 had officially disbanded.